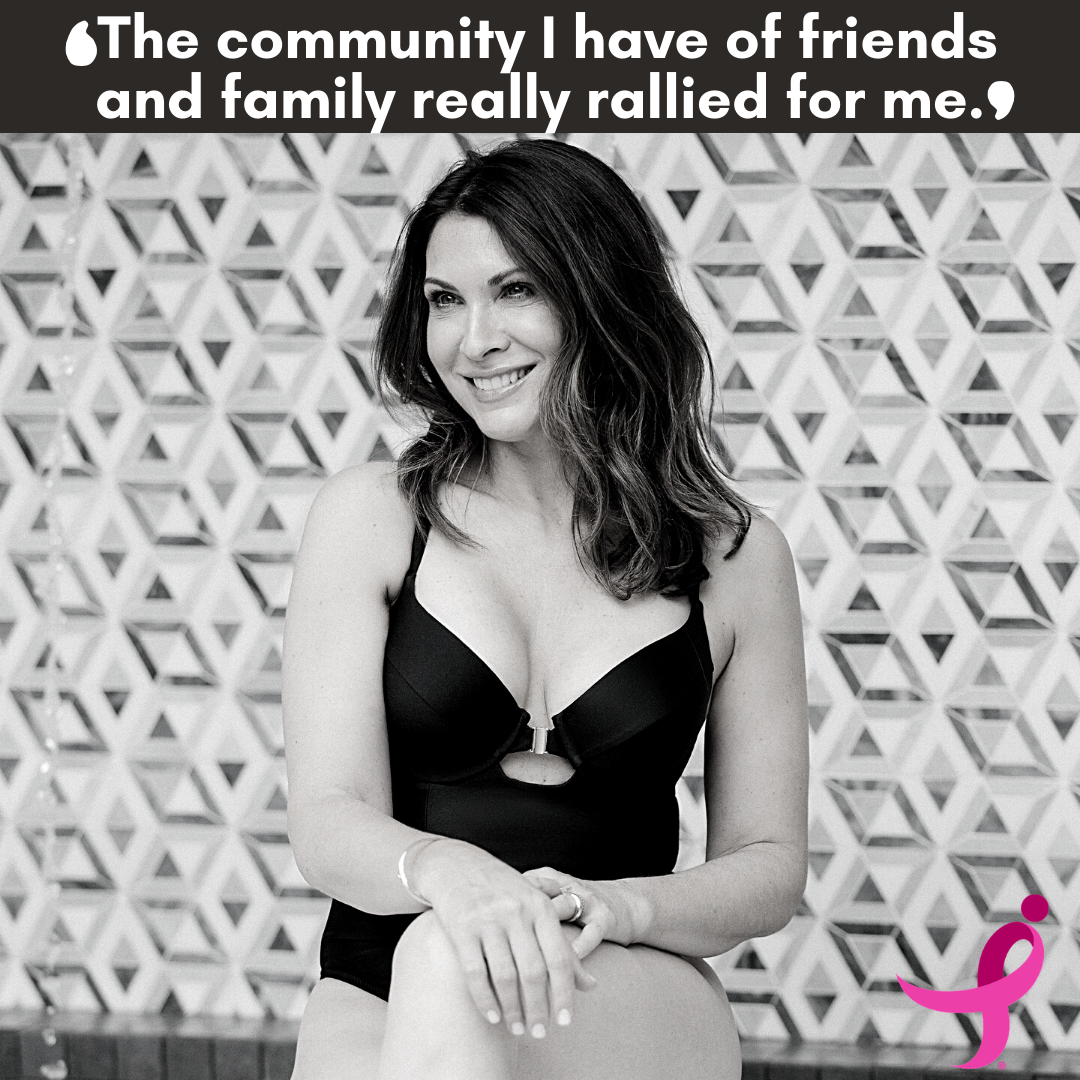 In June of 2017, Talia Schwartz was giving herself a manual breast exam a week before her scheduled annual mammogram appointment. During her self-exam, she felt a lump and went to see her doctor. Her doctor said that she had a history of fibrous tissue in her breast and it was probably nothing but to make sure she went to her mammogram appointment.

The mammogram the following week revealed small areas of calcification that were in a different area of her breast then what she had felt, but nothing in the area she had felt the lump. Since Talia was convinced that the lump was something to follow-up with, she scheduled an OBGYN appointment, where her doctor recommended for her to get an ultrasound.  This led to a biopsy of the lump and eventually to her diagnosis of breast cancer.

“The community I have of close friends and family really rallied around me.  They brought me meals after every surgery and visited me all the time. That was a huge part of getting through it. It was a devastating time but I was so aware of the love surrounding me and how people really wanted to help, that I felt peaceful and happy in a weird kind of way,” said Talia.

Since her diagnosis in 2017, Talia has made it her goal to help other survivors feel beautiful and confident in their new bodies.

Before a family vacation, Talia went to every store to try on swimsuits hoping that she would find one she liked. She soon realized that there was nothing on the market that met her needs, especially now that she was experiencing breast asymmetry. All the swimsuits were either uncomfortable or unflattering on her new body. Talia realized that other women were likely having similar challenges and finding a swimsuit with a front clasp, comfortable fabric, flexible wire, and a solution for asymmetrical breasts, was challenging. There was a need to have swimsuits tailored for breast cancer survivors that had these features. She wanted to be able to secretly lift her right breast just a little and not have to reach behind her back to clasp the swimwear. In the end, Talia spent the entire summer in a coverup hiding her body.

As Talia was on the phone with her sister listing all of the features that would be in her dream swimsuit, her sister suggested that she should design her own. Talia realized that creating a swimsuit for breast cancer survivors who were looking for something different from what was out there in the market already, was a personal, fulfilling way that she could give back to the community.

The swimsuit line is named Soleil Rose (www.soleilrose.com). “Soleil” means “Sun” in French and “Rose” means “Pink” in French, a nod to breast cancer.  Because of her journey with breast cancer, Talia plans to donate a portion of proceeds to breast cancer charities. She says, “Whether Soleil Rose inspires 20 women or 20,000 as long as it’s out there and people looking for it can find it, that makes me happy.”