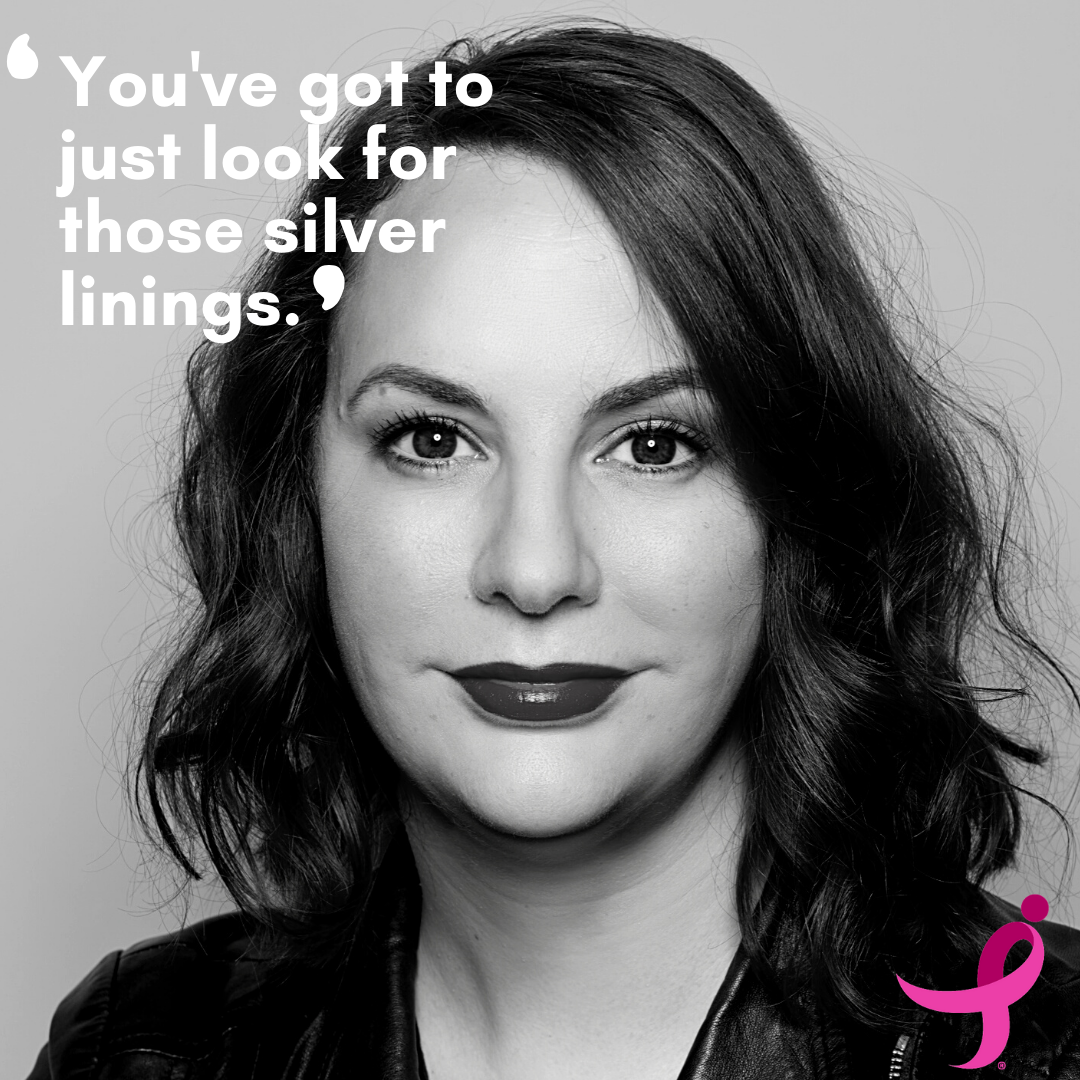 Sonja Trytko was born and raised in Portland, Oregon. In 2007 , she headed to New York City to start her career in luxury retail. She loved her job and living in a city that was always full of so much energy. But it was the friends she made there that made it so special.

In 2011, when Sonja was 31 years old, she felt a lump in her left breast and a mammogram was performed. When all was said and done, she was diagnosed with breast cancer. Sonja chose to have a double mastectomy with DIEP flap reconstructive surgery.

That was a hard year for Sonja; she had just changed jobs, was newly married, and had bought a fixer-upper outside of the city. Luckily, she had a great group of friends who saw her through these tough times and helped her get back on her feet to feel like herself again. It took a couple of years, but she settled into her new normal and Sonja remained cancer-free for 7 years.

In 2018, Sonja experienced some chest pain that sent her to urgent care. The doctor did not find anything, but suspected a blood clot, so they sent her in for a CT scan. There was no blood clot, but they found cancer in her sternum. After a bone biopsy, her doctor confirmed it was breast cancer that had metastasized to her bones. Even though her job in New York was very supportive and reassuring, she made the decision to go home to be close to family.

The first 7 to 8 months were rough mentally. With no real prognosis, Sonja felt a lost. As time went on, she moved her energy away from her cancer and focused on things that brought her joy. One way that Sonja has found that joy, is by volunteering and helping others who are going through their own cancer journey. Sonja is now part of the Peer Support Program and is on the Patient and Family Advisory Council for Providence Cancer Institute. Most recently, she has joined the Susan G. Komen Ambassador Board.

Despite having breast cancer twice, Sonja continues to have an incredibly positive attitude about everything she is going through. She made the conscious decision to not let cancer affect her everyday life.

“You’ve got to just look for those silver linings,” Sonja says.

Having those people that she can joke around with, lightens up the subject and brings her so much love and laughter. It is important for her to find comedy in difficult situations and to have people in her life that understand.

“Take your mental health as seriously as your physical health” Sonja advises.

She believes it is important to include some type of therapy, such as counseling, group therapy or peer support in your plan of care.

Sonja says that it can sometimes feel like there is a social expectation to be strong and inspirational, rather than dealing with the emotional trauma a cancer diagnosis can bring.