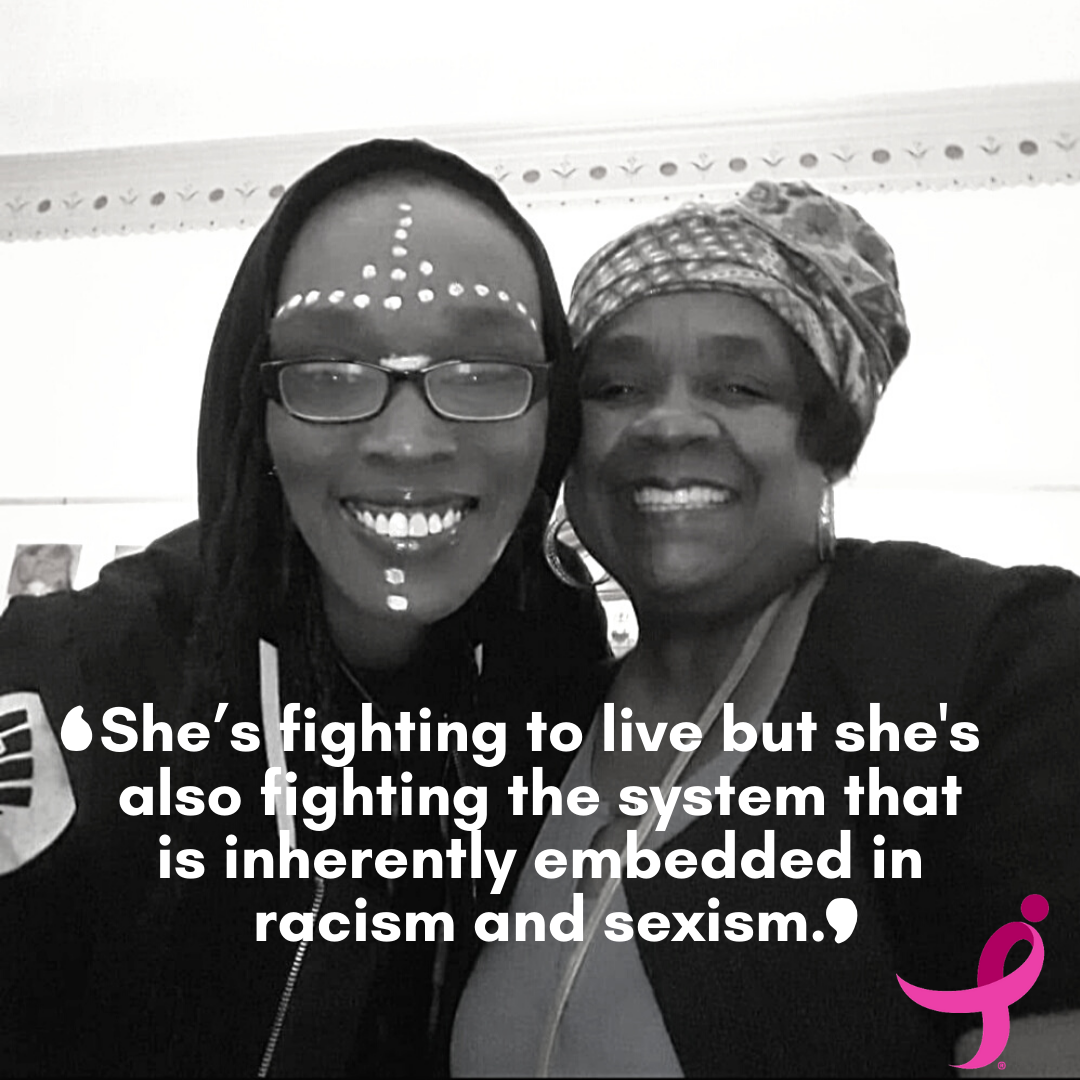 Sharon Gary-Smith is a valued member of the Susan G. Komen Oregon and SW Washington Board of Directors, and a long-time supporter of Komen’s mission in the fight against breast cancer.  Sharon is a leader in the breast cancer community and is taking a driver’s seat approach in the fight against the disease, with special attention to addressing health disparities that are the result of system inequities for women of color.

Sharon met Raina during her breast cancer journey. Raina was diagnosed with breast cancer in 2010 and Sharon quickly became one of her biggest supporters.  After meeting Raina at the Vagina Monologues in Portland, she had no idea she was even sick, let alone a few years into her diagnosis. After growing close, Sharon became Raina’s godmother, lovingly nicknamed ‘GodDiva.’

“The idea that this warrior -skinny, long, black woman – could be fighting and surviving [breast cancer that metastasized in her brain], 11 and a half years into her journey with the disease,” Sharon said. “I know people who lost their fight after a year or two.” The two women had an instant connection and quickly grew close. Sharon wanted to support Raina and learn from her.

“She taught me what it means to get up and fight,” Sharon said. “She’s fighting to live but she’s also fighting the system that is inherently embedded in racism and sexism. She might be the one that kicks more than cancer. That’s my hope.”

Whether it is being the first call after a doctor’s appointment or waiting to be the first one to see her after surgery, Sharon does her best to always be there.  She advises others who have a loved one battling cancer to listen to their desires. Sharon explains that even though the urge to give advice is strong because you want to help, you must let your loved one go through their fight their way. She encourages all supporters to let them know you are there for them, you are committed, and to always ask “what would you like me to do?”

Sharon emphasizes that it’s more than being there for appointments and surgery; it’s actively advocating for patients and making sure they are heard and not overlooked.

“Anything I can do to push things out, to learn, to advocate, to stand in front of the health care system because we know the impacts of racism and sexism embedded in healthcare practices and attitudes. I’m there for all of that. If it can make a difference first, for Raina, and for every woman who deserves to be listened to and heard in this fight, I’m there for that, especially for Black and other women of color who suffer the greatest disparities – including access, early detection, treatment offerings, and outcomes.”