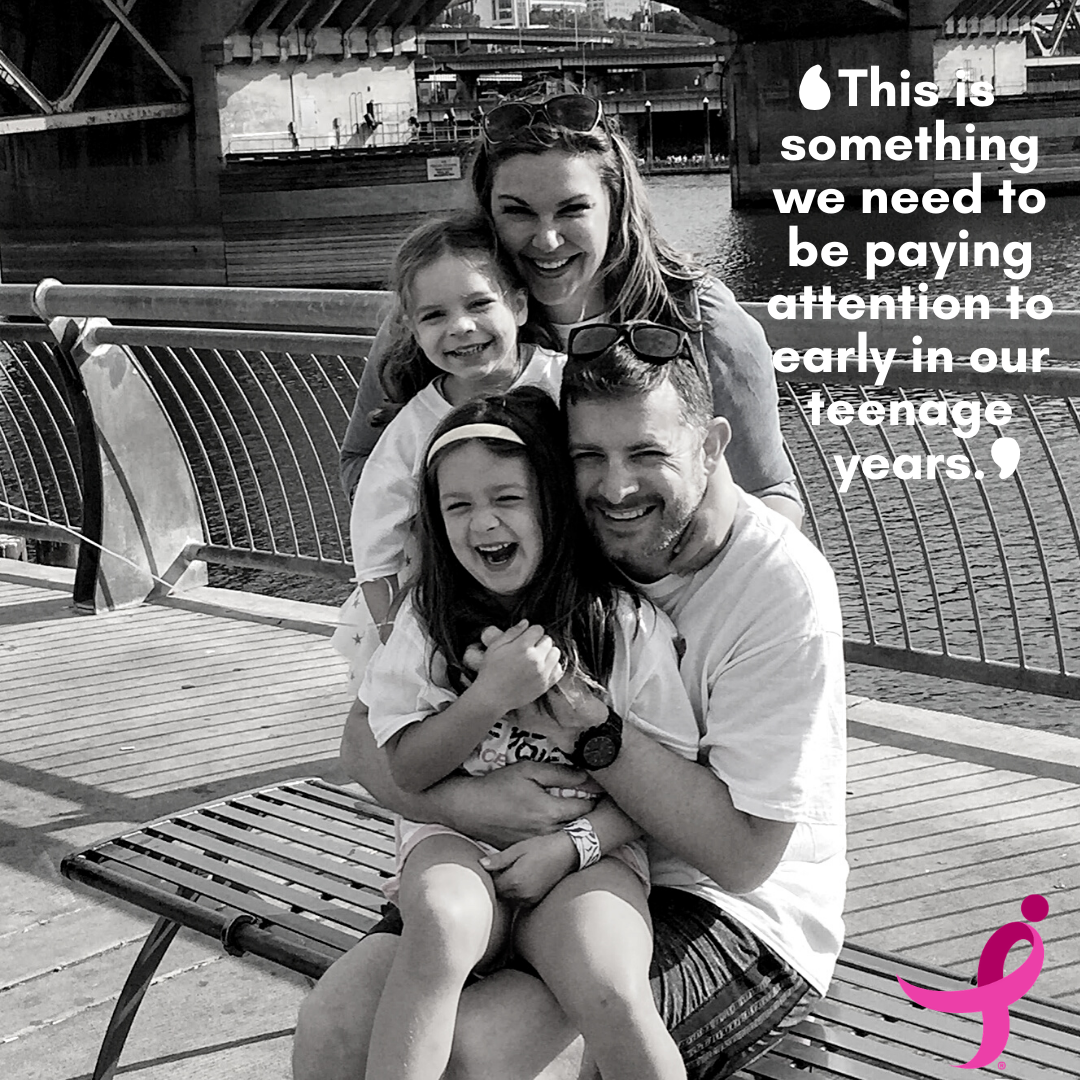 Kelly Valade Vetere learned the importance of advocacy from a very young age – it’s in her family’s blood. Today, she volunteers on Susan G. Komen Oregon & SW Washington’s Ambassador Board, helping fundraise, educate, and raise awareness for breast cancer. Being able to share crucial information and resources with her community is really important to Kelly, and the Ambassador Board is an incredible platform for her to do just that.

As a little girl, Kelly watched her Aunt and Godmother, Ruth Ann Lamott, fight and beat breast cancer. Kelly’s Aunt Ruth was the first case of breast cancer in the family, but she recalls them being very open about exactly what the battle was, even sharing her aunt’s scar tissue and reconstruction with her. “I remember being so afraid for her and praying for her, gathering the family together to support her and help her through. I watched and admired her for her strength and perseverance,” Kelly reflected.

Kelly was especially inspired by her Aunt Ruth because of the way she took her journey and utilized it to help other people (and is still doing so 36 years later). Ruth advocated to start better practices and provide more resources for people with breast cancer in her rural northern Michigan community. Specifically, she started their Resource Center, which now has a program where survivors are paired together with people who have been recently diagnosed with breast cancer to help them through their journey. “It’s important to talk to someone who has fought the battle because a) you’re not alone and b) there are so many resources out there that you don’t even know exist. Get some of those hard questions answered, do the research, and make those connections sooner rather than later. Not only just about the battle, but it’s important to think about what happens after, once you’re a survivor” Kelly advised. She also encourages breast cancer patients to ask about the programs that exist for families – “I think that we really need to remember that there are often kids and partners that need support too.”

After growing up with her Aunt Ruth as a shining example of what advocacy looks like, Kelly has now created her own legacy of advocacy in her community through the Ambassador Board. Kelly brought prior fundraising experience to the board in 2015, but really joined to help educate and raise awareness among women who are younger. Kelly knows first-hand that breast cancer is not just an old person’s disease, as her aunt Ruth was diagnosed in her 30’s.

“This is something we need to be paying attention to early on in our teenage years. We need to get to know our bodies and really understand the makeup of our breast tissue, so when things change, we can actually do something about it early on.”