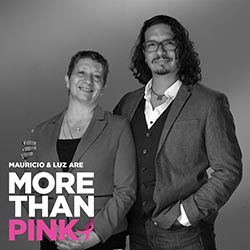 Even though Mauricio Valadrian became very familiar with the topic of breast cancer while producing segments for a local TV station, it was still shocking to hear that his own mother, Luz Marina Rairan, was diagnosed with breast cancer.

Fortunately Mauricio worked closely with Komen Oregon and SW Washington, local medical providers and community partners to promote screening programs and provide information about breast cancer for Su Salud, a local Spanish language program directed to a Latina audience. This familiarity with the subject was reassuring, and when he heard about his mother’s diagnosis, Mauricio said, “It was terrible news, of course.  But if I didn’t previously know about the treatments and resources available, my reaction and fear would have been much worse. I knew there were many ways to support my mother during her treatment.”

The best advice Mauricio received was to get over the fear of asking questions.  He says,  “Having a comfort level about understanding what was happening allowed my family to stay positive and to keep my mother in good spirits.”

Luz, a tax accountant, recently finished chemo and radiation treatments, as well as receiving an immune system booster.  Mauricio and his mom are very grateful to the Virginia Garcia Memorial Health Center where she had the routine screening and Providence Health and St. Vincent Hospital where she was later treated.  Because of the medical team and conversations with her family, Luz knew that mammograms were important and ultimately, this may have saved her life.

Mauricio encourages those who don’t speak English as their first language to be informed about health. He says, “Do not let barriers of culture or language prevent you from being around for your family long term.”