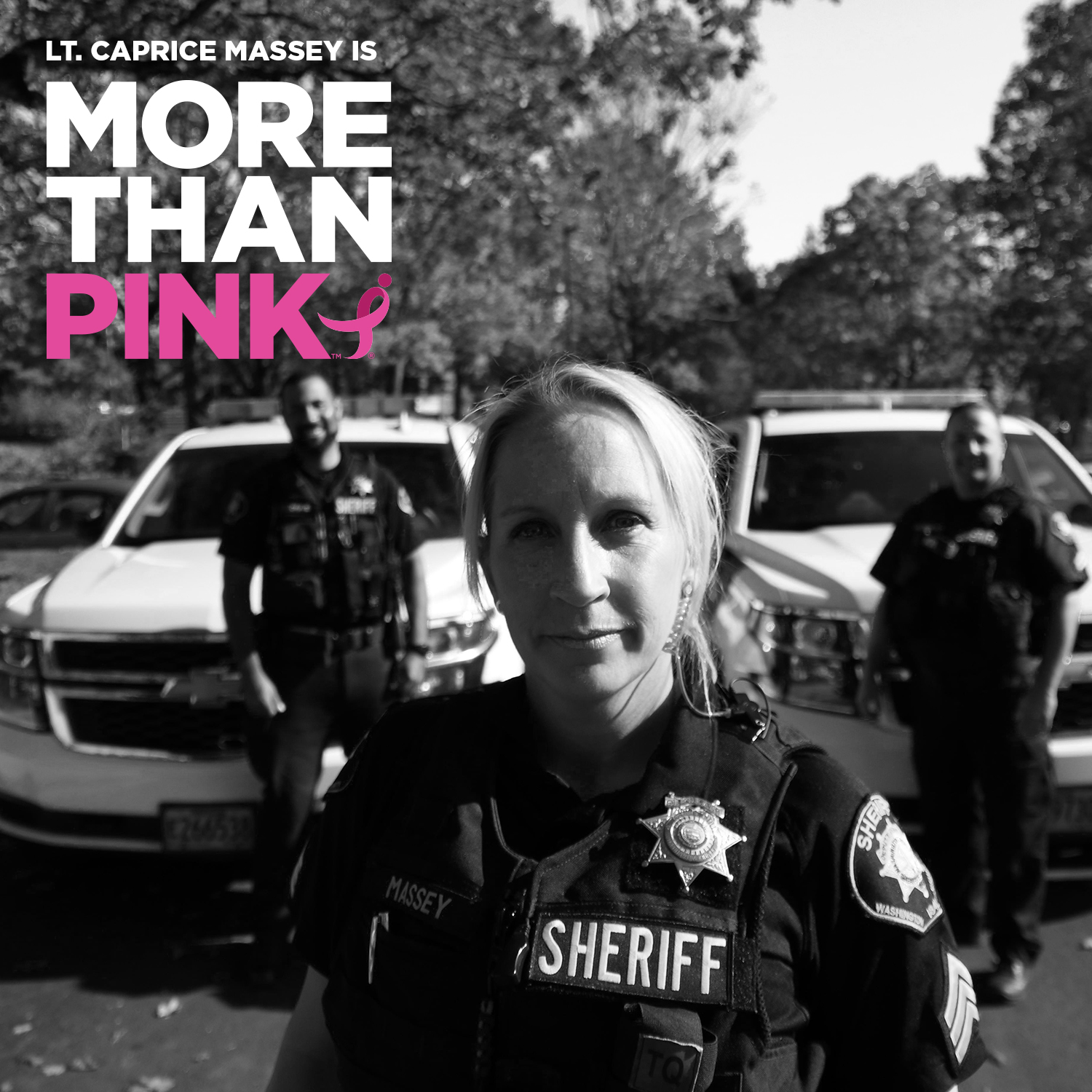 We all know how stressful a job interview can be. Especially when the interviewer throws one of those out-of-left-field-questions at you that are designed to define your personality. This was not the case for Lieutenant Caprice Massey. Caprice made a career out of quick and critical thinking. She served in the military for nine years and was applying for one of many promotions in law enforcement where she had been a Deputy for some years. When the interviewer asked her, “If you had to be one character in the Wizard of Oz, who would you be?” She quickly reviewed her choices and landed on Dorothy. The interviewer was a bit surprised and asked her to explain. Caprice reasoned that her life up until that point had been like Dorothy’s—before the tornado. She had not experienced any real chaos in her life, had a great husband, a wonderful daughter, loving parents, and a peaceful home. But, she believed that if her life was to unexpectedly turn upside down, she would persevere like Dorothy did. She would assess her situation, utilize the strengths of the people around her, devise a plan, and achieve her goals. She got the promotion. To her surprise a few days later, her life did turn upside down. Her husband told her he was leaving her, which made her a single mom trying to make ends meet. Caprice recognized the irony right away and knew she didn’t have the luxury of shutting down in a depression. She had to find her inner Dorothy and find her way home.

Life moved on, Caprice found love again with a new husband and together they had two more beautiful daughters. Life seemed calm, but there was another tornado on the horizon. Even though Caprice’s mom fought her own battle with breast cancer three times, Caprice never really thought she would have to fight the same battle. Caprice spent the last eight months providing hospice care for her father. A week before he passed away Caprice went in for her regularly scheduled mammogram. The doctors felt that they needed better pictures, but it could wait for another 6 months. Almost immediately after Caprice lost her father, her mother-in-law moved in to recover from shoulder replacement surgery. Once her mother-in-law healed, Caprice went back in for her second mammogram. This time the doctors said she needed a biopsy right away. She had one the same day and was told she would get a call by the end of the week. The very next day at 8:30pm Caprice got a call from her doctor; she had breast cancer. On the outside, Caprice stayed her optimistic and even fierce self, but on the inside, she was terrified. A week and a half later, she and her team of doctors devised a plan; she would have a lumpectomy followed by several weeks of daily radiation.

At the time of her diagnosis, Caprice was applying for another promotion within the Sherriff’s Office and determined she would need to withdraw her application, so she would not inconvenience her co-workers. She was told  that she was the right person for the job, and they would wait for her. Caprice credits her coworkers at the Washington County Sherriff’s Office for allowing her to take the time she needed to heal, but she was restless.

She checked-in on her job more than she probably should have and did her best to make sure that her two young daughters never had any disruption to their lives. Amy, her social worker at St. Vincent’s, made her understand that despite her best intentions, she was doing her family a disservice. Caprice told Amy that she was pretty much fine, although she did get so tired and felt a lot of pain and wished that she could just stay home and rest, but she pushed through, so her daughters would not miss their activities. Amy asked Caprice what she tells her daughters when they are sick. Caprice said she tells them to follow the doctor’s advice, take their medicine, and rest. Amy asked, “Well, why would they do that? Why would they listen to you?” Caprice was shocked, but Amy pointed out that children do what their parents show them, not what they tell them. That very night Caprice made the decision to let her kids know that despite her promise to get frozen yogurt, she was too tired and needed to stay home and rest. Her youngest daughter responded by getting her mommy a blanket, a glass of water, and spent the next hour reading to her from her favorite story.

One year after her diagnosis, it was time for her first post-treatment MRI. Her family just moved into a new house and things were hectic so she decided to go to her appointment by herself. On the way to her appointment, she was talking to her new friend, KOIN 6 Anchor Jennifer Hoff. The two met when Jennifer was doing a news story on Caprice’s role in job recruitment at the Washington County Sherriff’s Office. As a Susan G. Komen Oregon and SW Washington advocate and co-survivor, the two quickly bonded. Jen was surprised that Caprice was going to the appointment by herself and offered her support. It was not until Caprice walked into the waiting room for her MRI that she felt the impact of what was happening. The last time she was there she was diagnosed with breast cancer. Here she is, back again, and who knows what the outcome is going to be this time. She sat down shaking, not wanting to check-in with the receptionist. All she wanted was to go home and crawl under a blanket. But then she remembered, she was Dorothy. She had no choice but to step up, assess her situation, rely on the strengths of the people around her, make a plan, and reach her goals. 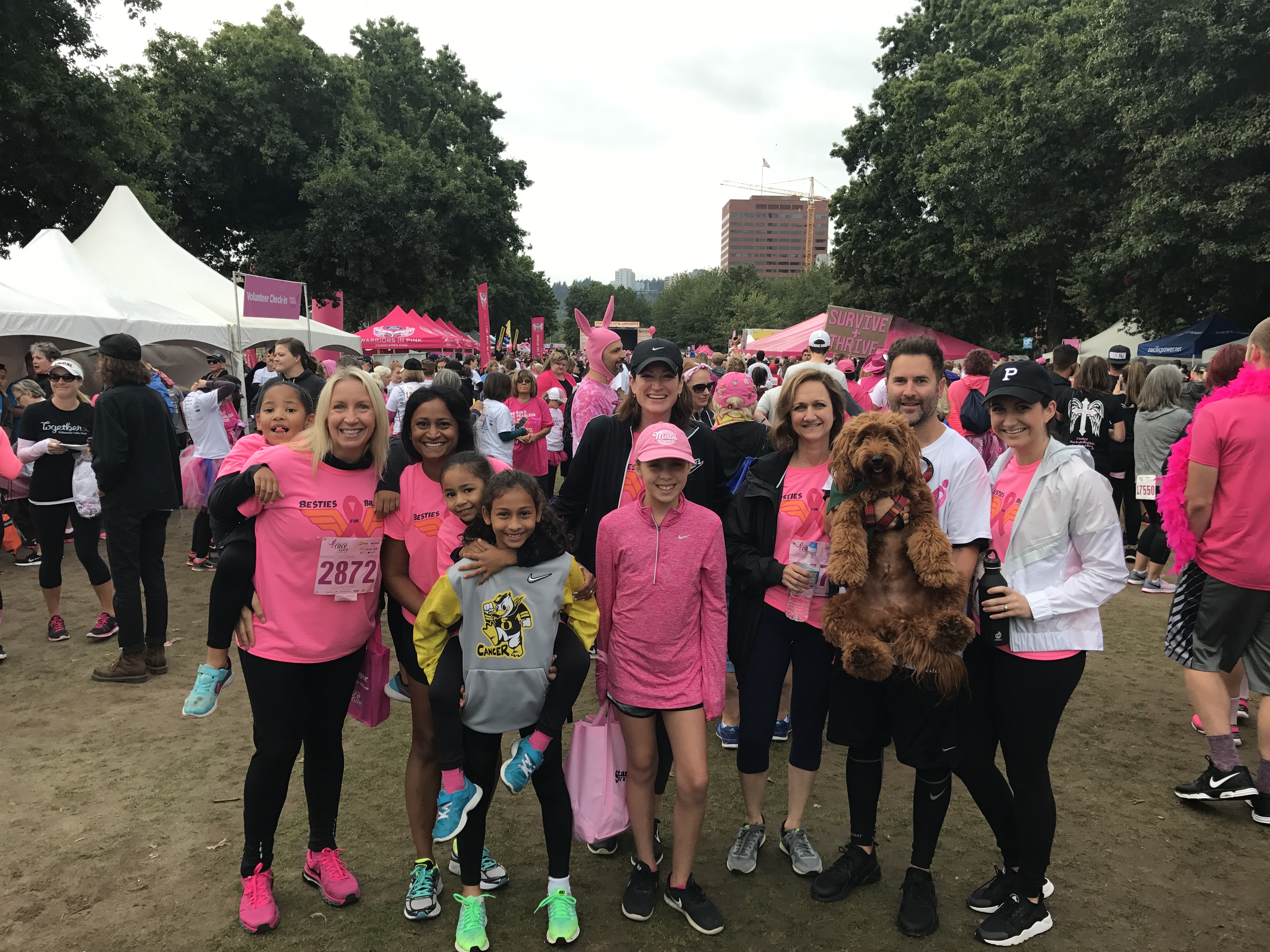