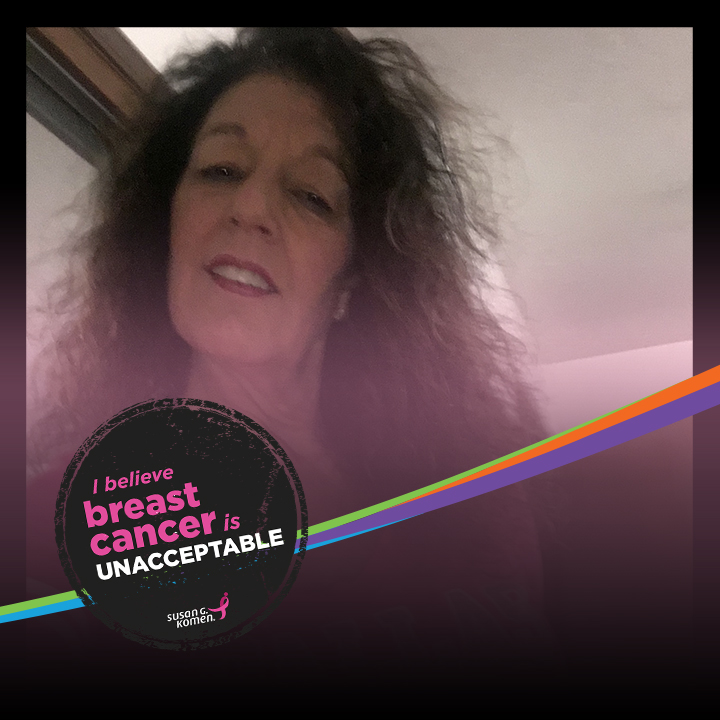 Five years ago, Cindy received a call from her insurance company reminding her to have a mammogram done. Of course she went, had her mammogram and returned to life as she knew it. Cindy received another call shortly after she had her mammogram – this time from Dr. Johnson. It was around Halloween time and the world of imaginative nightmares became reality as she heard the words ‘you have breast cancer’.

“[It was Dr. Johnson] who found a spot in a lymph node that was undetected and removed it just in time-if not it would’ve grown into lymphoma,” she said. “I was so lucky to get her. She saved my life!”

Cindy is and will always be forever grateful for Dr. Johnson’s expertise and devotion. Cindy says with an upbeat and ecstatic voice, ‘I was so lucky to get her, she saved my life!’.

Cindy turned to her husband for support upon her diagnosis and he was there for her without hesitation; however, support from elsewhere made Cindy uncomfortable. She recalls feeling resistant because she didn’t want to feel different or “special” for having cancer. As time went on and support poured in from family, friends, and fellow survivors, Cindy eventually grew to appreciate and embrace all that love. She said “I am special because I battled.”

“I’ve learned that I am very lucky compared to others,” she said. “I’m blessed with the best support group…they’ve all helped me so much. My family did everything for me; they cooked meals, they’d call and check up on me—made sure I was doing okay.”

Since then, Cindy has been involved with Susan G Komen, raising over $2,000 last year during the Race for the Cure (now known as the MORE THAN PINK Walk).

“I think it’s awesome to be a part of something that does give to those that really need it…I can share all the various resources available for those battling breast cancer,” she stated. “I feel it’s important to give back.”

After her journey with breast cancer, Cindy is grateful for the time she has loves spending time with her husband, kids, and two grandbabies. Cindy is an incredibly thoughtful individual with a kind and humble heart.

While in treatment with her ‘chemo buddies’, Cindy would tell herself to “put mind over matter and just do it.” Cindy was determined to power through radiation. Cindy recommends those just starting breast cancer treatment, to ‘start with a great doctor’, ask your doctor or ‘chemo buddies’ about available resources, and most importantly, have a positive mindset.

“The most insignificant yet most important thing to me were pillows,” Cindy said. “So I bought a dozen different people pillows for their treatment.”

Thank you, Cindy…you truly are MORE THAN PINK!