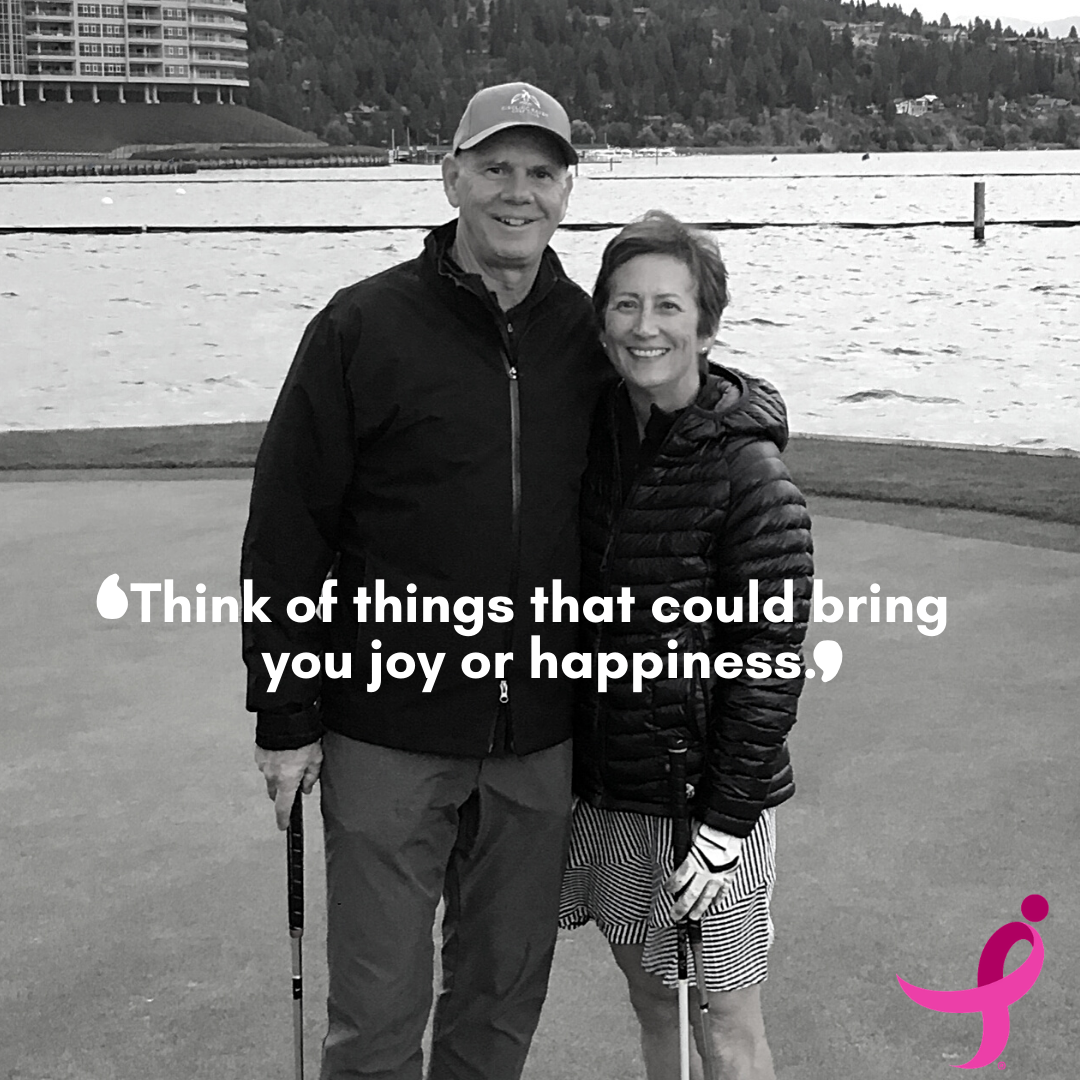 Brad Johnson has been a long time Komen supporter.

His connection to breast cancer began when a close friend, Christine was diagnosed. This was the first time that Brad had seen someone go through treatment for breast cancer.

In 1995, Brad’s close friend’s wife was diagnosed with breast cancer. She had a recurrence a few years after the original diagnosis and eventually passed away. This was the first time Brad had known someone who had died from breast cancer.

Brad’s connection grew deeper when both his own and his wife’s (Judy) mother had breast cancer. They both have since passed away, but not from breast cancer. For Brad, being a part of a support network for someone so close to him really brough his perspective to another level on how breast cancer impacts people.

In 2004, another close friend (Debbie) from Nike was diagnosed with breast cancer. After she was done with her treatment, she asked Judy to go to Susan G. Komen Oregon and SW Washington’s first Lunch for the Cure with her. Judy gladly said, “yes, I would love to support Komen”.

Since then, Judy has been on the Lunch for the Cure committee and has volunteered with Komen for 10 years.

Brad became more involved with Komen Oregon and SW Washington three years ago when he retired from Nike. At the time, Komen was trying to get a sponsorship with Nike and Brad helped connect them with the extra time on his hands.

Last year, Komen Oregon and SW Washington CEO, Andrew Asato, called Brad and said, “we would love for you to join our Board of Directors.” Brad happily accepted the position.

Brad’s history with Komen Oregon and SE Washington has been through family, friends, and a long-time association with the work that Komen has done for the community.

“We love Komen and people who work there…and the work they do in the community. So that’s a way I like to use my time to give back,” says Brad.

Brad knows that breast cancer can affect anyone. He has two daughters and understands the importance of keeping up with breast health. To anyone who has a close friend or family member that is going through breast cancer, Brad’s advice is to “Try to stay strong, and encourage; think of things that can bring them joy and happiness.”