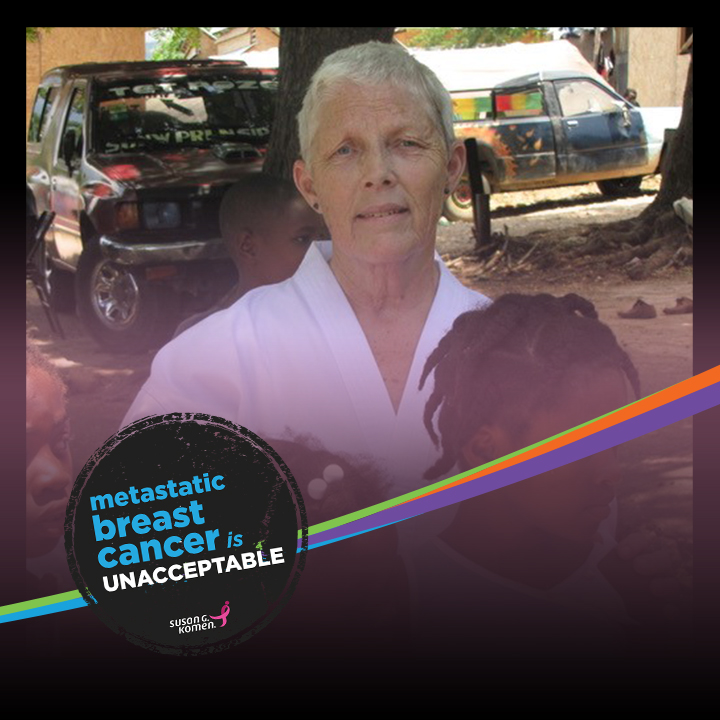 Veteran, social worker, therapist, and altruist – these are pieces of who Barbara is. But out of all the roles she has had in her life, Barbara didn’t expect she would have to take on another: forever fighter.  In June 2015, she was diagnosed with stage four metastatic breast cancer, which meant she had to make one of the hardest choices of her life – Return to Haiti, where she fell in love with the people and culture during her stint volunteering after the 2010 earthquake…or sacrifice that dream to go through treatment and stay home in Hillsboro. Ultimately, the decision left her heart broken, but she chose to stay home where she could receive the care she needed.

The support of friends and family can be extremely powerful, and Barbara’s journey is proof of that. “My friends have been unbelievable,” Barbara said fondly.  She is grateful for her children and friends who have always been there for her, remained optimistic, and helped her to fight one day at a time.

Cancer has taught Barbara to appreciate the small things in life – Riding through the hills, the wine country, even looking out her window at hummingbirds. She believes when someone is diagnosed with cancer, it is okay to be angry; however, she continues to remind herself ‘this disease does not own me…I’m not this disease.’ I say it every morning; it’s my mantra.”

Susan G. Komen Oregon and SW Washington has provided a huge support system and become a beacon of hope for Barbara. “Komen is handling things quite right,” she said. “Cancer can be a tough journey, especially when you’re a single woman.”  Barbara thanks Komen for giving her an outlet to serve others as she believes that reaching out must never stop – there is always an opportunity to do more in the fight. Barbara feels passionately that there should be more support groups and more resources for those living with metastatic breast cancer – so much so that she started her own in Hillsboro. She wants to touch as many lives as she can in any way she can.