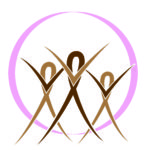 Worship in Pink
Know Your Girls

The disparities are shocking!  Breast cancer is the most common cancer among black women in the US, and it is the second most common cause of cancer in this group, second only to lung cancer.  Despite generally similar screening rates, breast cancer is detected at an advanced stage more often in black than in white women.  This difference has been largely attributed to longer intervals between mammograms and lack of timely follow-up of suspicious results.  And… aggressive tumor characteristics are more common in breast cancers diagnosed in black women than in other racial/ethnic groups.  24% of breast cancers in black women are referred to as triple negative, compared to 8-12% of those among other races/ethnicities in the US.  Premenopausal black women appear to be at particular risk of triple negative breast cancer, an aggressive type of breast cancer associated with shorter survival.  Breast cancer mortality is nearly 41% higher in black women than in white women in the US.

In 2020, we hired a program manager, Tai Harden-Moore, JD, MBA, who knows the community and will spearhead the project for the next 5 years.