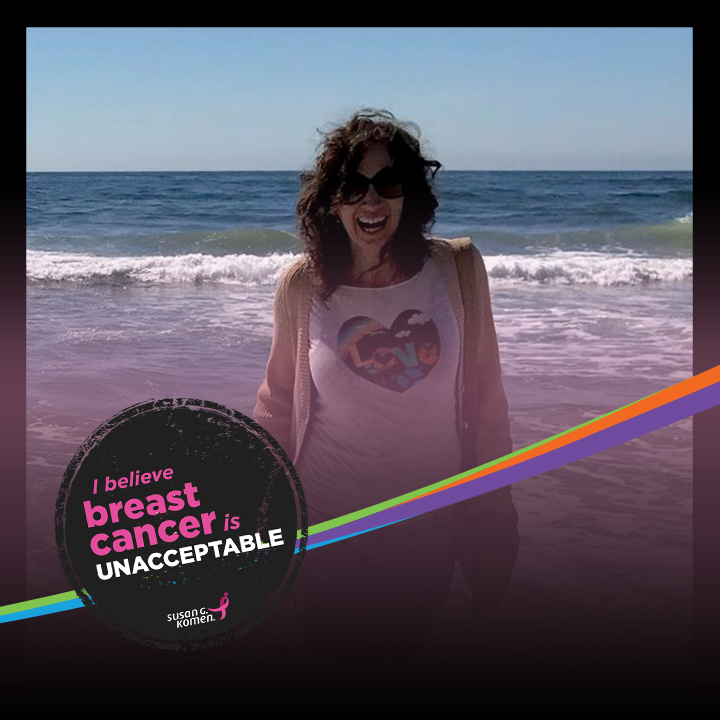 In 2012, Christy was diagnosed with noninvasive stage 0 breast cancer. She only had one month of radiation and no chemotherapy. Now, she advocates for early detection, as she found a lump during a self-exam.

A year after she started dating her, now husband, Ken, he was diagnosed with non-invasive prostate cancer.

Jokingly (and not jokingly) their families raved “Wow! You are perfect for each other!”

The love they share radiates from the inside out and Christy was able to help him through his own journey.

“We were lucky to have been proactive in both of our screenings and self-checks,” she stated.

Knowing that breast cancer could develop again, Christy urges herself and others to continually perform self-checks and remember that regular doctor check-ins are critical to living cancer free.

Throughout Christy’s journey with breast cancer, she’s learned more than she could’ve ever imagined.

“I’m still the same person I was…only amplified,” she said.

She appreciated every ounce of support as she felt it made her stronger during the process.

“Everyone was really supportive—I was offered much more support than I even needed.”

“I would tell myself ‘I’m still alive, I’m going to do this!’

To all those recently diagnosed, Christy advises folks to “get that second opinion— a lot of people don’t realize they can get a second opinion and both doctors will talk before you even do—it’s not a competition. Whatever you’re feeling is okay—you may be scared as hell, you may be upset but that’s okay—that’s what you’re feeling right now—scream, cry, punch a pillow, whatever you want– just don’t stay there. But do what you have to do to move forward.”

As an advocate for early detection, Christy advises everyone to research Oregon Health Authority’s Screen Wise program. Christy says, “With programs like Screen Wise, there’s no reason to not see a doctor—many woman don’t know they can apply to the program if they find a lump, and are not insured, they can still have their diagnostics done through Screen Wise.”

The Oregon Screen Wise Program works with a statewide network of providers that offer a variety of breast cancer, cervical cancer, and genetics screening and diagnostic services to uninsured and underinsured patients. Screen Wise was able to provide 601 services to 429 patients in our last fiscal year!!